Menu
Giriş
Kayıt
Uygulamayı yükle
You are using an out of date browser. It may not display this or other websites correctly.
You should upgrade or use an alternative browser. 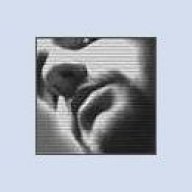 There is tradition in this village when the child is twelve years old to make a party. This year, there are four of children doing their Year of Sharing. One of them is Richard, the only person who has no friend and family (in his mind). He didn`t ask any friends to come the party, his mother too busy and he specially asked his father not to come, father would cry. Richard didn`t want people to see him crying. He not follows the party, he going outside alone. He feels the world is very boring because he lives quietly in his village. There are walls round his villages and he can not to go out. Actually, he wants to go out from this boring village. He won`t be a child any more. 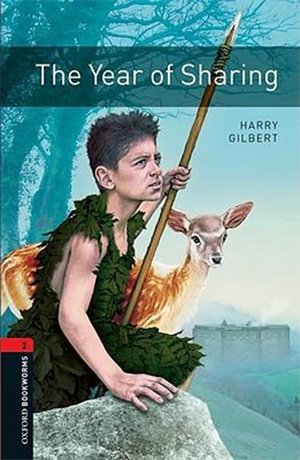 Then Richard woke up (he`s sleep after the end of party), he is very confused. He looks a different view around him. Actually, he not in the village again, he escape from it and go to forest in a little dark. So he is going to sit up and look at his animal family now, deer family. He didn`t want deer. He wanted a strong animal which can fight, not an animal which runs away like a deer. But the deer families feel Richard is part of deer family. When Richard takes a walk to find some food, the father ran and pushed his back next to mother. Now, Richard is a baby of deer families. In the deer family there are father, mother, brother, baby and his.

Richard couldn`t eat anything, he is very hungry. Of course, food in the forest is different with food in the village. He didn`t think that life with animals would be like this. He thought his new life with animals be fast, dangerous and exciting. It isn`t. they just walk through the trees. The deer don`t talk, they don`t make any sounds. When mother asked where are him, so Richard said “I`m here”. The mother always gives the same question every day. Just the boring activity, but he feel this life is interesting.

It`s night. Suddenly when Richard and brother trying to see who can jump higher, father run up and knocked him with his antlers. Father wants his to be quiet. It`s very quiet. Not a sound anywhere. Richard doesn`t understand with this condition, but he already know, when he saw the wolf coming through the trees. The deer family is moving away, going deeper into the forest. But the brother and Richard don`t want to run away. Brother and he fight to struggle their self. Unfortunately, two more wolves are coming, and they`re coming fast. In this situation he just an animal even though he is a person. If another animal is stronger than his, it can kill his. Richard didn`t understand that before. So they are run away. First the wolves were following brother, but directly Richard screamed, because he wanted the wolves would follow him. At last, the wolves stopped and ran straight at him. And he was afraid, he dropped the stick and run like a deer. There was a big tree in front of his and second he was at the top of it. He can`t find the deer in the dark, and then he would try to sleep.

It`s morning and he didn`t sleep all night. He is going to climb down the tree and look for some food. Things have change again. He is back with the deer. In the last few days they have walked and walked. When the other wants to stop and eat, father keeps their moving. They have swum across rivers, pushed through trees, run across open ground and moved back into trees again. They did that because they want lost their smells in water so the wolves can not to following them. In the journey to far away from wolves, brother, Richard and baby often jump together, moving sudden high jump across the ground. Richard is beginning to understand why deer jump so much. A jump catches the eye of wolf. When a wolf runs after a deer, another deer will jump and the wolf will turn to look it, then a third deer will jump. The wolf turns again. Each jump takes the deer away from the wolf and the wolf can`t decide which deer to follow. It`s clever.

Yesterday something bad happened. Baby did a good, high jump but when she came down, she gave a little scream. A stick from a tree was deep inside Baby`s leg and Mother`s teeth couldn`t pull it out. Mother did not let Richard to touch it. Baby could only walk on three legs and she got tired very quickly. Father tried to move on again, away from the wolf. Father pushed us all away but Baby still in here, father took baby to a dark place where she could hide under leaves. It was near a river and the ground was wet. That would hide Baby`s smell from the wolf. Actually, Richard couldn`t leave her, he stopped and ran back to Baby. He stayed still and they went into the trees and he couldn`t see them anymore. So he lay down heavily on top of her. He held the stick in her leg and moved it slowly and carefully. He pulled and turned it until it came out, all of it. Then he went and carried water in his hand from the river to wash the place on her leg. That was all he could do. Because of it, they have to stay here for a few days. Only Richard and Baby.

The wolves found them two days later. They were thin and hungry wolves. In this situation, Richard was not afraid. He was brave and would kill them one by one. The wolves knew he was dangerous, but they were hungry. They come slowly without any sound. He shot a stone from the catapult and it hit one the eye. He followed that with more stones until the wolf didn`t move again. The other wolf jumped, turned and ran back into the trees.

From the trees came a long, lonely howl. He wanted until it was dark and the Baby and he began walking. But at the night, there was a howl. Then another howl from different side, there were lots of them. Too many. He learnt something new. Wolves has families too, big families. If you kill one wolf, the family wants to find the killer. Richard and Baby were in trouble.

When he heard all those wolves howling in the dark, he said Baby to stand quietly. Baby stopped and didn`t move. He tried smelling for a water, he could something wet. When he turned around, he knew where the wet smell was coming from. He and Baby run away to that place, although the Baby`s leg was hurting. Then he saw the big lake. They swam to lose their smell. After that they have to begin moving soon. They must be far away from here by morning.

At last, they met with father, mother and brother after three days ago in the hills. The deer family becomes one again. But they couldn`t celebrate their happiness, the wolves followed them. The wolves knew it because the cut on Baby`s leg was open again, the strong smell blood. Richard directly cleaned Baby`s cut then he cut himself. He wants all of wolves to follow him. He began running down the hill and the deer family run away to hill, without Richard. He ran and didn`t look back. He didn`t rest, he ran to save himself. When he comes to the rock, he didn`t stop, he climbed up faster than a wild cat. Until the top of rock, he looks the wolves in everywhere. He perhaps will stay here until morning. And I don’t know the real continue of this story. Richard`s father said that he don`t know what happened with Richard. When Richard`s Year of Sharing finished, he went to bring him home but he only found the recorder at the bottom of the hill. Richard`s mother also said that Richard was difficult boy, he wanted to bring back the old world, the world where people took everything and animal had nothing. But in the end he learnt to share. He learnt that people are animals too and the world belongs not just to people, but to all animals.
Paylaş:
Facebook Twitter Reddit Pinterest Tumblr WhatsApp E-posta Paylaş Link
Top